Search results for 'loaded down' 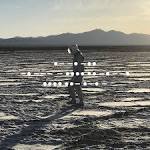 The Boys of Killybegs

Why Can't I Leave Her Alone

Down When I'm Loaded

Somebody Wants Me Out of the Way

Who's Gonna Fill Their Shoes

Comin' Down in the Rain

Other Voices, Other Rooms

East Bound and Down

East Bound and Down

Discuss these loaded down Lyrics with the community:

Which of Amy Winehouse's songs won a Grammy award for best song?