Life Is a Minestrone

If It's Alright With You 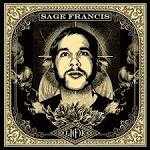 Where Do They Make Balloons?

Gates to the Garden

No More Shall We Part [Bonus Tracks]

I Don't See How I Can Make It

Discuss these leaning tower of pisa Lyrics with the community:

Which Beatles song was banned from the BBC for its lyrics?