This Is from Mario

All in My Head 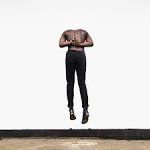 Discuss these immorally Lyrics with the community: