Please Don't Pass Me by (A Disgrace)

Beware of the Stare 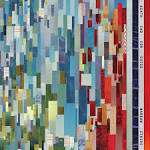 Beware of the Stare

I Told You So

Let's Talk About It

Discuss these hunted person Lyrics with the community:

Which member of Foreigner played with Aerosmith?