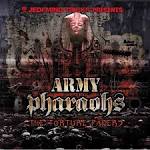 Straight to the Bank

Songs of the Ungrateful Living

And Then U Die

Dressed Up to the Nines

Decade "...But Wait It Gets Worse"

Discuss these government issue Lyrics with the community:

What is the opening line to Queen's song 'Bohemian Rhapsody'?