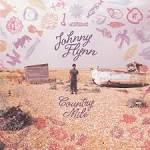 Discuss these evoked Lyrics with the community:

Which member of the girl group Little Mix left the group?