Once Upon a Time

What Can I Do? (feat. Jasmine Kiah)

By the Time I Was Through

It Won't Cool Off

It Won't Cool Off

The Soul Is a Bird

The Ugly One with the Jewels and Other Stories

Fun While It Lasted

Salt of the Earth

The Very Best of Bread [Pickwick]

Remember When: The Anthology 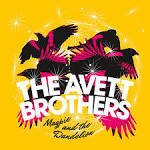 Magpie and the Dandelion

From Death to Destiny

The Way of Love

The Jig Is Up

Discuss these dwindled Lyrics with the community: