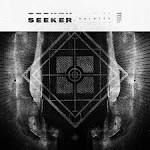 Career of Evil: The Metal Years

The Disposable Heroes of Hiphoprisy

Hypocrisy Is the Greatest Luxury

In the Name of What?

He Promised You He'd Be Brief...

The Astral Dawn - Devotion to the Great Nebula

Death Is Just the Beginning, Vol. 2

Discuss these dominance Lyrics with the community: