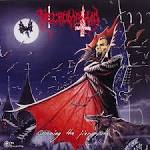 Let That Be a Lesson to You [Alt TK-B]

Let That Be a Lesson to You

An Anguished Lust, A Skyline Of Two

Betsy Ross and the Mis-Education of America

You Shall Be As Gods

Discuss these discoverer Lyrics with the community: