The Face on the Barroom Floor

I Don't Even Know You Anymore

In Search of a Song

A Many Years Ago

Orchestral Manoeuvres in the Dark

Your Life as a Sequel 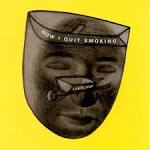 How I Quit Smoking

Where This River Goes

Not That It Bothers Me

Discuss these considerable Lyrics with the community:

Which Pixies song appeared in the movie Fight Club?