In the Name of Love

A Saluting the Songs of Garth Brooks

Sweetest Music This Side of Heaven 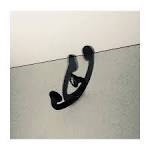 Kites Are Fun: The Best of the Free Design

As Long As the Police Don't Get Me

The End Is Near (feat. Stoic da Poet)

Discuss these complied Lyrics with the community: