Give Us a Wink [1…
Sweet
Cockroach

Come to Where I'm…
Joseph Arthur

The Fall of Hobo Johnson

Every Day Is A Miracle 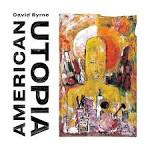 Live at the Prism Coffeehouse

Foetus, Scraping Foetus off the Wheel

Marrow of a Bone

The Future Is Unwritten

Discuss these cockroach Lyrics with the community: