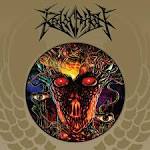 Love and Its Opposite

Journey Through the Secret Life of Plants

I'll Hit You Back

What Do the Simple Folk Do?

The Path I Choose

Night of the Stormrider

Not as Long as We Both Shall Live

Till Death Do Us Part

Scars of the Crucifix

Discuss these besieged Lyrics with the community: