The Art of Hustle

Wrote My Way Out 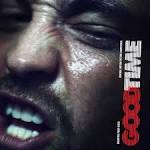 Pieces of a Man

My Money Gets Jealous

Get Ya Mind Correct

None of Your Love

Discuss these bail bond Lyrics with the community:

Who is the soft voice behind the ukulele version of “Over the Rainbow”?