From the River to the Sea

Matt Vend and the Tender Ten

Call It For What It Is

The Best of Skrewdriver, Vol. 1

In His Own Words 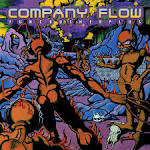 Vaush is a False Flag

The Ballad of Rahaf Al-Masry

Cowardice (How It Feels to Swallow Shit From Evil People)

Discuss these Zionist Lyrics with the community:

Will.i.am is best known for performing with which hip hop group?