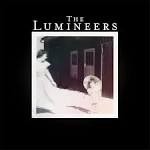 Get Up Get Down

The Prizefighter and the Heiress

Get It How Ya Live

Slam You For The Fall

Discuss these Welterweight Lyrics with the community: