Lost in the K-Hole 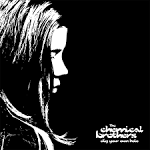 Dig Your Own Hole

Then: The Earlier Years

Message From The Lord

Dark as the Dungeon

Everything Is Recorded by Richard Russell

Discuss these Recorded Lyrics with the community:

What year did The Beatles break up?