The People (Prod. By Swerv)

Go for Yours ('Cause I'm Gonna Get Mine)

Born to Be Wild 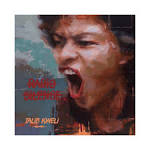 Fight for Your People (feat. Hellnback)

Discuss these Native Culture Lyrics with the community:

Who wrote "I'm in Love with My Car" by Queen?