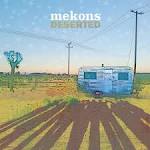 Hey, Hey, Take Me Away

Reasons to Be Cheerful: The Very Best of Ian Dury & the Blockheads

We Had to Tear This Mothafucka Up

Greetings from the Lawrence Welk Ballroom

A Secret History: Best of the Divine Comedy [Limited Edition With Book]

Discuss these Lawrence Lyrics with the community: