Crack My Bones
The Shoes

When Did Your Heart Go Missing?

When Did Your Heart Go Missing?

Sexy Ladies/Let Me Talk To You (Prelude)

Let Me Talk to You (Prelude)/My Love

Medley: Sexy Ladies / Let Me Talk to You (Prelude) 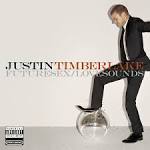 Discuss these Investigator Lyrics with the community: