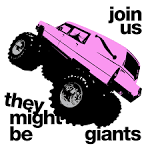 Smoke Out Your Window

Discuss these Diorama Lyrics with the community: