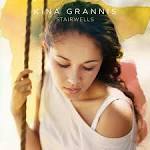 I Am the Movie [J…
Motion City Sound…

This Train Is for Cambridge

Life for Us (feat. Checkmark)

Stuck in My Ways

Scissors in My Pocket

I Used to Love You

Discuss these Cambridge Lyrics with the community: