Discuss the Code of the Streets Lyrics with the community: 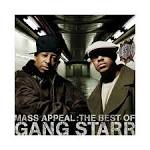