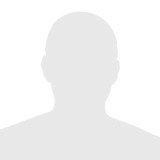 Discuss the Jane, Stop This Crazy Thing Lyrics with the community:

Who replaced Paul Di'Anno as lead singer of Iron Maiden?