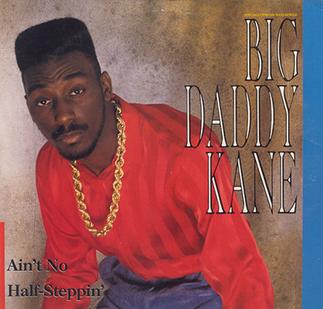 "Ain't No Half-Steppin'" is a 1988 hip-hop song written and performed by American rapper Big Daddy Kane. Released as a single from Kane's debut album Long Live the Kane, it peaked at No. 53 on the Billboard Hot Black Singles chart. The song samples "Ain't No Half Steppin'" by Heatwave and "Blind Alley" by The Emotions. In 2012, Rolling Stone ranked "Ain't No Half-Steppin'" No. 25 on its list of The 50 Greatest Hip-Hop Songs of All Time.

Discuss the Ain't No Half-Steppin' Lyrics with the community:

Know any other songs by Big Daddy Kane? Don't keep it to yourself!

Whose first hit was Wuthering Heights?