"Not Alike" is a song by American rapper Eminem from his album Kamikaze (2018). It features guest vocals from American rapper Royce da 5'9". It has reached the top 40 in Australia, Canada, New Zealand, Sweden, and the United States.

Struggling with Not Alike? Become a better singer in 30 days with these videos!

Discuss the Not Alike Lyrics with the community: 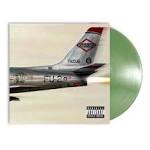