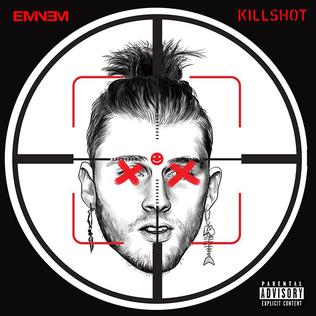 "Killshot" (stylized in all caps) is a diss track by American rapper Eminem and produced by Illa da Producer. The song is Eminem's response to Machine Gun Kelly's "Rap Devil" that was released in 2018 after Eminem dissed MGK for 1/5 of his song "Not Alike" from his tenth studio album Kamikaze.

Struggling with Killshot? Become a better singer in 30 days with these videos!

Discuss the Killshot Lyrics with the community: