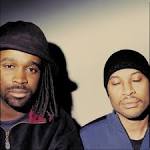 Jigmastas are an East Coast underground hip hop group based in Brooklyn. The group consists of DJ Spinna and MC Kriminul. more »

Discuss the 3hree6ix5ive (Detrimental) Lyrics with the community:

Know any other songs by Jigmastas? Don't keep it to yourself!