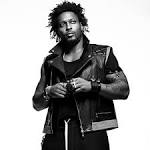 Michael Eugene Archer (born February 11, 1974), better known by his stage name D'Angelo (pronounced dee-Angelo), is an American R&B and neo soul singer-songwriter, multi-instrumentalist and record producer. He is known for his production and songwriting talents as much as for his vocal abilities, and often draws comparisons to his influences, Marvin Gaye, and Prince. D'Angelo was one of the most influential artists during the rise of the neo-soul movement. more »

Discuss the Break Ups 2 Make Ups Lyrics with the community:

Know any other songs by D'Angelo? Don't keep it to yourself!

What is the meaning behind the BTS band acronym?