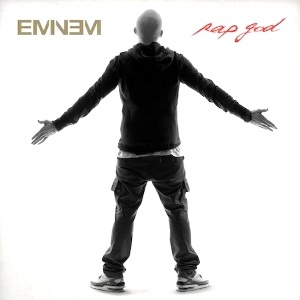 "Rap God" is a song by American rapper Eminem. The song premiered via YouTube on October 14, 2013, and was released in the United States on October 15, 2013, as the third single from Eminem's eighth studio album, The Marshall Mathers LP 2 (2013). It contains references to previous conflicts in Eminem's career, as well as to other rappers' conduct. The song received very positive reviews, with critics praising Eminem's lyrical ability and rapping speed. The song entered the Guinness World Records as the hit single that contains the most words; it has 1,560 words. The song was also nominated for a Grammy Award for Best Rap Performance, but lost to Kendrick Lamar's "i".  more »

Discuss the Rap God Lyrics with the community:

In what year did Elvis Presley die?