About It's a Demo

Discuss the It's a Demo Lyrics with the community: 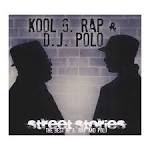 According to Bob Marley's former girlfriend what was the song "I Shot the Sheriff" really about?