Tyler, The Creator Buy This Song 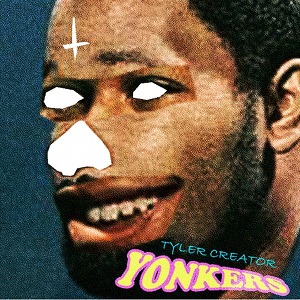 "Yonkers" is a song by American rapper and Odd Future leader Tyler, the Creator, released as the lead single from his debut studio album Goblin. It was produced by Tyler, the Creator. The single was released digitally on February 14, 2011. The song received controversy due to its violent lyrics and numerous "disses", although it was critically acclaimed, landing on numerous year-end lists. Tyler also directed a music video for the single, which was also met with positive critical reception, giving Tyler the MTV Video Music Award for Best New Artist at the 2011 MTV Video Music Awards. Numerous magazine publications noted "Yonkers" as Tyler, the Creator and Odd Future's breakout song. The song was featured in the soundtrack to the video game Saints Row: The Third. more »

Tyler Gregory Okonma (born March 6, 1991), better known by his stage name Tyler, The Creator, is an American rapper and record producer. A Los Angeles native, he is best known as the leader and co-founder of the alternative hip hop collective Odd Future, and has rapped on and produced songs for nearly every Odd Future release. Okonma also creates all the artwork for the group's releases and said in an interview with DJ Semtex that he designs all the group's clothing and other merchandise as well. He is currently signed to English independent record label XL Recordings, and his own record label, Odd Future Records. more »

Discuss the Yonkers Lyrics with the community:

Missing lyrics by Tyler, the Creator?

Know any other songs by Tyler, the Creator? Don't keep it to yourself!