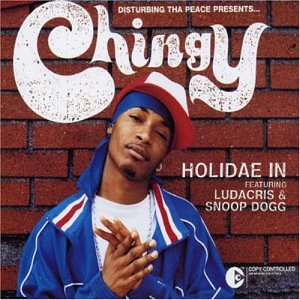 "Holidae In" is a song by American rapper Chingy with guest appearances from fellow rappers Ludacris and Snoop Dogg. It was released on September 2, 2003 by Capitol and Disturbing tha Peace as the second single off his debut album Jackpot (2003). It was co-written by Chingy, Ludacris and both Alonzo Lee and Shamar Daugherty of The Trak Starz, who also produced the song. It garnered positive reviews from critics, heralding praise to all three artists for their respective performances. "Holidae In" peaked at number 3 on the Billboard Hot 100, Chingy's second consecutive top 5 hit on that chart. It also reached number 2 on both the Hot R&B/Hip-Hop Songs and Hot Rap Songs charts and reached the top 40 in Australia, New Zealand, Canada and the UK. Jeremy Rall created a music video for the single, featuring all three artists at a motel, that was inspired by Tupac Shakur's 1995 single "Temptations". more »

Discuss the Holidae In Lyrics with the community:

Know any other songs by Chingy? Don't keep it to yourself!