Coward of the County 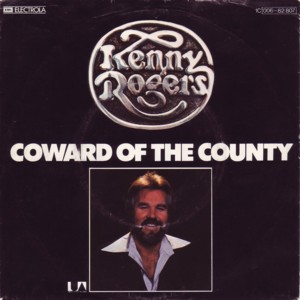 About Coward of the County

"Coward of the County" is a song written by Roger Bowling and Billy Ed Wheeler, and recorded by American country music singer Kenny Rogers. The song was released in November 1979 as the second single from Rogers' multi-platinum album Kenny. It became a major crossover hit, topping the Billboard Country chart and reaching #3 on the Hot 100 chart; it also topped the Cash Box singles chart and was a Top 10 hit in numerous other countries worldwide topping the chart in Canada, the UK, and also in Ireland where it stayed at #1 for six consecutive weeks.  more » 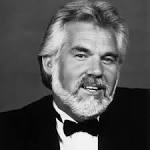 Kenneth Donald "Kenny" Rogers (born August 21, 1938) is an American singer-songwriter, photographer, record producer, actor, entrepreneur and author. Though he has been most successful with country audiences, he has charted more than 120 hit singles across various music genres and topping the country and pop album charts for more than 200 individual weeks in the United States alone. more »

Discuss the Coward of the County Lyrics with the community:

Know any other songs by Kenny Rogers? Don't keep it to yourself!

Coward of the County