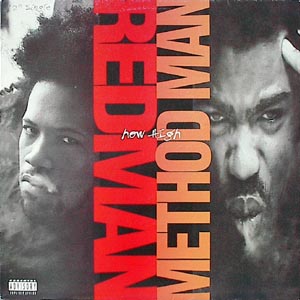 "How High" is a song by American hip hop duo Method Man & Redman, released as a single on August 15, 1995. It was originally featured on the soundtrack to the 1995 hip hop documentary film, The Show, and has since appeared on several compilation albums such as The Hip Hop Box and Def Jam's Greatest Hits, among several others. The song, produced by Erick Sermon, is the first official collaboration from longtime friends and East Coast rappers Method Man of Wu-Tang Clan and Redman of Def Squad, marking their debut as a duo. The song performed exceptionally well commercially, reaching number 13 on the US Billboard Hot 100 chart. The single has since been certified gold by the Recording Industry Association of America (RIAA). more »

Struggling with How High? Become a better singer in 30 days with these videos!

Clifford Smith (born April 1, 1971), better known by his stage name Method Man, is an American Grammy Award winning hip hop artist, record producer, actor and member of the hip hop collective Wu-Tang Clan. He took his stage name from the 1979 film The Fearless Young Boxer, also known as Method Man. He is one half of the rap duo Method Man & Redman. He won a Grammy Award for Best Rap Performance by a Duo or Group for "I'll Be There for You/You're All I Need to Get By" with Mary J. Blige. In 2007, the writers of About.com placed him on their list of the Top 50 MCs of Our Time (1987–2007). In 2012, The Source placed him on their list of the Top 50 Lyricists of All Time. He is also the only MC to be featured on Notorious B.I.G.'s debut album Ready to Die. more »

Discuss the How High Lyrics with the community:

Know any other songs by Method Man? Don't keep it to yourself!

Back to Back: Raw & Uncut