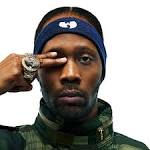 Robert Fitzgerald Diggs (born July 5, 1969), better known by his stage name Rza ( /ˈrɪzə/ RIZ-ə; usually styled RZA), is an American Grammy-winning music producer, multi-instrumentalist, author, emcee, and occasional actor, director, and screenwriter. A prominent figure in hip hop, Rza is the de facto leader of the Wu-Tang Clan. He has produced almost all of Wu-Tang Clan's albums as well as many Wu-Tang solo and affiliate projects. He has also released solo albums under the alter-ego Bobby Digital, along with executive producing credits for side projects. In addition to the Wu-Tang Clan and his solo releases, Rza was also a founding member of the horrorcore Hip Hop group Gravediggaz where he used the name The Rzarector. Furthermore, he has acted in several mo… more »

Discuss the Assassination Day Lyrics with the community: