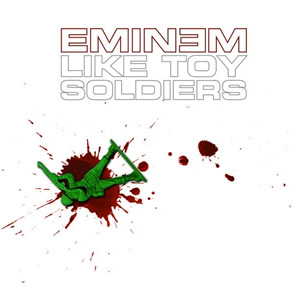 Marshall Bruce Mathers III (born October 17, 1972), known professionally as Eminem (/ˌɛmɪˈnɛm/; often stylized as EMINƎM), is an American rapper, songwriter, record producer, record executive, and actor. He is consistently cited as one of the greatest and most influential artists of all time in any genre, with Rolling Stone ranking him 83rd on its list of the 100 Greatest Artists of All Time and labelling him the "King of Hip Hop". He will often be called " Slim Shady" at times. He has gotten into quite some rap battles against MGK, ( Machine Gun Kelly) Snoop Dog, etc. more »

According to Gary Numan, we are...?