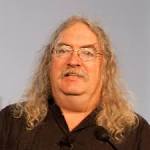 Stephen or Steven is a common English first name. It is particularly significant to Christians, as it belonged to Saint Stephen (Greek Στέφανος Stéphanos), an early disciple and deacon who, according to the Book of Acts, was stoned to death; he is widely regarded as the first martyr (or "protomartyr") of the Christian Church. The name "Stephen" (and its common variant "Steven") is derived from Greek Στέφανος (Stéphanos), a first name from the Greek word στέφανος (stéphanos), meaning "wreath, crown" and by extension "reward, honor", from the verb στέφειν (stéphein), "to encircle, to wreathe". In Ancient Greece, crowning wreaths (such as laurel wreaths) were given to the winners of contests. Originally, as the verb suggests, the noun had a more general meaning of any "circle"—including a circle of people, a circling wall around a city, and, in its earliest recorded use, the circle of a fight, which is found in the Iliad of Homer.The name, in both the forms Stephen and Steven, is commonly shortened to Steve or Stevie. In English, the female version of the name is "Stephanie". Many surnames are derived from the first name, including Stephens, Stevens, Stephenson, and Stevenson, all of which mean "Stephen's (son)". In modern times especially the name has sometimes been given with intentionally nonstandard spelling, such as Stevan or Stevon. A common variant of the name used in English is Stephan ; related names that have found some currency or significance in English include Stefan (pronounced or in English), Esteban (often pronounced ), and the Shakespearean Stephano . Like all biblical names, Stephen has forms in all major world languages. Some of these include: Esteban (Spanish; Spanish pronunciation: [esˈteβan]); Estêvão (Portuguese); Esteve (Catalan); Estève (Occitan); Étienne (French); Istifanus (Arabic); István (Hungarian); Setefane (Sotho); Shtjefni (Albanian); Sītífán (Mandarin Chinese); Stefan (German, Russian, Dutch, Norwegian, Swedish, Danish, Ukrainian, Bulgarian, and Serbian; German pronunciation: [ˈʃteːfan]); Stefán (Icelandic); Ștefan (Romanian); Štefan (Slovak and Slovenian); Stefana (Malagasy); Stefano (Italian and Swahili); Stefanos (modern Greek, modern Hebrew, and Estonian); Stefans (Latvian and Afrikaans); Steffan (Welsh); Stepan (Armenian, Ukrainian); Štěpán (Czech); Stepane (Georgian); Steponas (Lithuanian); Stiofán (Irish); Sutepano (Japanese); Szczepan (Polish); and Tapani (Finnish). In the United Kingdom, it peaked during the 1950s and 1960s as one of the top ten male first names (ranking third in 1954) but had fallen to twentieth by 1984 and had fallen out of the top one hundred by 2002. The name was ranked 201 in the United States in 2009, according to the Social Security Administration. The name reached its peak popularity in 1951 but remained very common through the mid-1990s, when popularity started to decrease in the United States.

Share your thoughts on the Stephen Band with the community:

Know any other songs by Stephen? Don't keep it to yourself!