Tim Pierce (born 1959 in Albuquerque) is an American session guitarist. He has worked for artists, such as Rick Springfield, Bruce Springsteen, Bon Jovi, Johnny Van Zant, Meat Loaf, Patty Smith, Joe Cocker, Michael Jackson, Joan Armatrading, Madonna, Tina Turner, Rod Stewart, Roger Waters, Ricky Martin, Celine Dion, Eric Clapton, The Doobie Brothers, Elton John, Peter Cetera, Alice Cooper, Shakira, Carlos Santana, Ozzy Osbourne, Seo Taiji, Luis Jara, Vasco Rossi, Eros Ramazzotti, Jovanotti, Christina Aguilera, Tracy Chapman, Johnny Hallyday, Phil Collins and The Cheetah Girls.Pierce's parents were not musicians, although his father used to play the trumpet in his youth, which Pierce did not know. He first tasted mainstream success in the early 1980s, when he began recording with Rick Springfield, who was experiencing a resurgence in popularity due to his hit "Jessie's Girl". In addition to playing on the studio recordings that followed, he also joined Springfield's touring band throughout the 80's and appears in several of Springfield's music videos from the era. Another one of his early gigs was playing all guitars on Bon Jovi's debut single, "Runaway." Using this experience as a launching pad, he began extending his talents to other musicians, and he has since appeared as a session musician on countless albums.Pierce has recorded a solo album, Guitarland in 1995, by PRA Records. 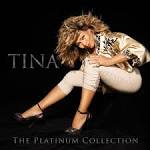 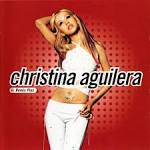 Share your thoughts on the Tim Pierce Band with the community:

Know any other songs by Tim Pierce? Don't keep it to yourself!

Who sings the Nigerian song "Water no get enemy"?