Sonny Burke (born Joseph Francis Burke; March 22, 1914 in Scranton, Pennsylvania – May 31, 1980) was an American musical arranger, composer, big band leader and producer. In 1937, he graduated from Duke University, where he had formed and led the jazz big band known as the Duke Ambassadors. During the 1930s and 1940s he was a big band arranger in New York, worked with Sam Donahue's band, and during the 1940s and 1950s worked as an arranger for the Charlie Spivak and Jimmy Dorsey bands, among others. In 1955 he wrote, along with Peggy Lee, the songs to Disney's Lady and the Tramp. He also wrote songs with John Elliot for Disney's Toot, Whistle, Plunk and Boom, which won the 1953 Oscar for Best Short Animated Feature.He wrote the music for number of popular songs that continue to be regarded as standards. These include, "Black Coffee", with lyric by Paul Francis Webster, and "Midnight Sun", co-written with jazz vibraphonist Lionel Hampton. The song's famous lyrics were added later by Johnny Mercer. Burke was an active arranger, conductor and A&R man at major Hollywood record labels, especially Decca Records where he worked with Charles "Bud" Dant. He also wrote and arranged the theme for the early 1960s television show Hennesey, a jazzy update of the Sailor's Hornpipe. Later Burke became musical director of Reprise Records and was responsible for many of Frank Sinatra's albums, and was producer of Sinatra's iconic recording of "My Way". He was also bandleader for recordings of leading singers such as Dinah Shore, Bing Crosby, The Andrews Sisters, The Mills Brothers, Ella Fitzgerald and Mel Tormé. He was one of the original founders of NARAS, is credited with the formation of the Grammy Awards, and served on the original selection committee.He died of cancer on May 31, 1980, aged 66, in Santa Monica, California. He was survived by his wife Dorothy Gillis Burke and his four children, Gaylord, Peter and twins Jerry and Tom Burke. He had one sister, Rhoda Burke Andrews. His interment was at Holy Cross Cemetery, Culver City.

A Proper Introduction to Dinah Shore: For Sentimental Reasons [2004] 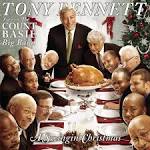 Share your thoughts on the Sonny Burke Band with the community:

Know any other songs by Sonny Burke? Don't keep it to yourself!