Solange Piaget Knowles, is a Black American, song writer, singer, actress, and icon. Born June 24, 1986, to her mother and father, Mathew (Black American) and Tina Knowles (Black/*Creole American). At 16, Knowles released her first album, "Solo Star" (2002). In 2005-2007, she acted in movies, for example: "Bring It On, All or Nothing", ect. She also continued writing music for her sister, Beyonce Knowles-Carter (Former Destiny's Child member, turned solo world star). Her second album, "Sol-Angel and The Hadley St. Dreams" (2008), peaked number 9 on the US Billboard 200 and received positive reviews, from critics. She then did a play, "True" (2012). Her third album (2016), "A seat At The Table" (Also known by fans as ASATT), became her first number one album in the United States. She won a Grammy, for the album's first single, "Cranes In The Sky". Billboard magazine ranked her as the 100th most successful dance artist of all-time. In 2017, Solange was honored with the "Impact Award" at Billboard Women in Music. Knowles was heavily influenced by Motown girl groups and says that her first passion is songwriting. She is frequently compared by the media to her sister, Beyoncé, but Solange insists they have different aspirations and are musically different. Her other ventures include an endorsement deal with Rimmel London and a line of hip-hop-oriented merchandise for young children. On November 16, 2014, Knowles married music video director Alan Ferguson in New Orleans, Louisiana. She has one child, a son. *Creole is not a race. It is a culture (Like Latin/Hispanic). 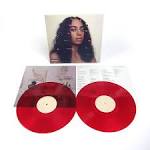 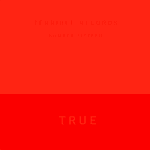 Share your thoughts on the Solange Band with the community:

Know any other songs by Solange? Don't keep it to yourself!

Manic Monday reached number two on the UK Chart in 1986 for The Bangles but which pop superstar actually wrote the song and gave it to the lead singer (Susanna Hoffs) in order to try and win her affection?