Sesame Street is an American educational children's television series that combines live action, sketch comedy, animation and puppetry. It is produced by Sesame Workshop (formerly known as the Children's Television Workshop until June 2000) and was created by Joan Ganz Cooney and Lloyd Morrisett. The program is known for its images communicated through the use of Jim Henson's Muppets, and includes short films, with humor and cultural references. The series premiered on November 10, 1969, to positive reviews, some controversy, and high viewership; it has aired on the U.S.'s national public television provider PBS since its debut, with its first run moving to premium channel HBO on January 16, 2016.The format of Sesame Street consists of a combination of commercial television production elements and techniques which have evolved to reflect the changes in American culture and the audience's viewing habits. With the creation of Sesame Street, producers and writers of a children's television show used, for the first time, educational goals and a curriculum to shape its content. It was also the first time a show's educational effects were formally studied. The show, therefore, has undergone significant changes in its history as adjustments to the format and content have been made to reflect change sources to the curriculum. Shortly after creating Sesame Street, its producers developed what came to be called the "CTW model" (after the production company's previous name), a system of television show planning, production, and evaluation based on collaborations between producers, writers, educators, and researchers. The show was initially funded by government and private foundations but has become somewhat self-supporting due to revenues from licensing arrangements, international sales, and other media. By 2006, there were independently produced versions, or "co-productions", of Sesame Street broadcast in twenty countries. In 2001, there were over 120 million viewers of various international versions of Sesame Street, and by the show's 40th anniversary in 2009, it was broadcast in more than 140 countries. Sesame Street was by then the fifteenth-highest-rated children's television show in the United States. A 1996 survey found that 95% of all American preschoolers had watched the show by the time they were three years old. In 2008, it was estimated that 77 million Americans had watched the series as children. As of 2014, Sesame Street has won 167 Emmy Awards and 8 Grammy Awards—more than any other children's show.

The Adventures of Elmo in Grouchland [1999] 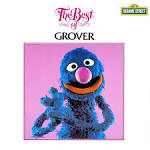 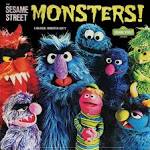 Sesame Street: Let a Frown Be Your Umbrella - Oscar the Grouch [1974]

Bert & Ernie: Side by Side

S is for Sing! 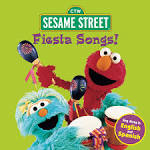 Sesame Street: V Is for Valentine

The Best of Ernie

Share your thoughts on the Sesame Street Band with the community:

Know any other songs by Sesame Street? Don't keep it to yourself!

The song "Remember the Name" was performed by Eminem, 50 Cent, and ...