September is the ninth month of the year in the Julian and Gregorian calendars, the third of four months to have a length of 30 days, and the fourth of five months to have a length of less than 31 days. In the Northern Hemisphere September is the seasonal equivalent of March in the Southern Hemisphere. In the Northern hemisphere, the beginning of the meteorological autumn is on 1 September. In the Southern hemisphere, the beginning of the meteorological spring is on 1 September.  September marks the beginning of the ecclesiastical year in the Eastern Orthodox Church. It is the start of the academic year in many countries, in which children go back to school after the summer break, sometimes on the first day of the month. September (from Latin septem, "seven") was originally the seventh of ten months on the oldest known Roman calendar, with March (Latin Martius) the first month of the year until perhaps as late as 153 BC. After the calendar reform that added January and February to the beginning of the year, September became the ninth month, but retained its name. It had 29 days until the Julian reform, which added a day. Ancient Roman observances for September include Ludi Romani, originally celebrated from September 12 to September 14, later extended to September 5 to September 19. In the 1st century BC, an extra day was added in honor of the deified Julius Caesar on 4 September. Epulum Jovis was held on September 13. Ludi Triumphales was held from September 18–22. The Septimontium was celebrated in September, and on December 11 on later calendars. These dates do not correspond to the modern Gregorian calendar. In 1752, the British Empire adopted the Gregorian calendar. In the British Empire that year, September 2 was immediately followed by September 14. September was called "harvest month" in Charlemagne's calendar. September corresponds partly to the Fructidor and partly to the Vendémiaire of the first French republic. On Usenet, it is said that September 1993 (Eternal September) never ended. September is called Herbstmonat, harvest month, in Switzerland. The Anglo-Saxons called the month Gerstmonath, barley month, that crop being then usually harvested. 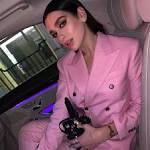 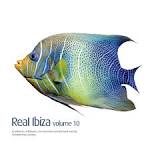 Share your thoughts on the September Band with the community:

Know any other songs by September? Don't keep it to yourself!