Patrick Ray Leonard (born March 14, 1956) is an American songwriter, keyboardist, film composer, and music producer, best known for his longtime collaboration with Madonna. "The Lamb Lies Down on Broadway, Dark Side of the Moon, The Wall – that's what I grew up with and that's what I dreamed of doing one day," he recalled in 1992. "I was a big Gentle Giant fan. I was a huge Jethro Tull fan. But I had to feed my children and heat my house, so I wrote some songs with a little girl who became extremely popular. It's really that simple."His work with Madonna includes her albums True Blue (1986), Who's That Girl (1987), Like a Prayer (1989), I'm Breathless (1990) and Ray of Light (1998). He scored her 2008 documentary I Am Because We Are, played keyboards with her at Live Aid (1985), and was musical director and keyboardist on The Virgin Tour (1985) and the Who's That Girl World Tour (1987). Leonard has worked with a wide variety of artists including late-period Pink Floyd and solo Roger Waters, Elton John, Leonard Cohen, Bryan Ferry, Julian Lennon, Rod Stewart, Michael Jackson, Fleetwood Mac, Jeff Beck, Bryan Adams, Peter Cetera, Jewel, Blue October, Duncan Sheik, Michael W. Smith, Marianne Faithfull, and Robbie Robertson. He was half of the art-pop group Toy Matinee with Kevin Gilbert and Third Matinee with Richard Page. He has also acted as composer for a variety of films and stage productions.More recently Leonard has collaborated with Leonard Cohen, acting as a writer and producer for 2012’s Old Ideas and 2014’s Popular Problems, and co-writer, co-producer of 2016’s You Want It Darker. "Nevermind," a song from Popular Problems that Leonard co-wrote and produced, was featured as the title theme for Season 2 of HBO's True Detective. Speaking of Patrick in 2016, Cohen remarked that, "He is such a magnificent composer. I don’t think there’s anybody working today with those kinds of skills."In 1997, Leonard released the instrumental album Rivers on his own record label, Unitone. Leonard has three children: a daughter Jessica, a writer (for whom Madonna's song "Dear Jessie" was written), and two sons, Sean, who is a musician, and Jordan, a projection mapper and VJ under the name Pickels Visuals. 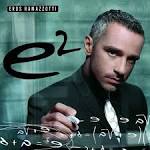 Share your thoughts on the Patrick Leonard Band with the community:

Know any other songs by Patrick Leonard? Don't keep it to yourself!