Gaetano "Nino" d'Angelo (born 21 June 1957) is an Italian pop/folk singer. He was born to a poor family in San Pietro a Patierno, a suburb of Naples, and dropped out of school, taking jobs like ice cream vendor and wedding singer.His first album, A storia mia (Neapolitan: "My Story") was received very well, especially in Sicily. In 1979 he married Annamaria with whom he would have two sons. He started a career as an actor in sceneggiate musical dramas, a genre native to Naples, and later as a cinema actor. His first film was Celebrità, released in 1981, a star vehicle written around his singing and the first of five films he acted in that was directed or produced by Ninì Grassia. In 1982 he released the album Un jeans e una maglietta ("Jeans and a T-shirt") and a film with the same title. The album sold over one million copies and the film surpassed the Hollywood movie Flashdance at the box office. He participated in the Sanremo Music Festival in 1986 with the song "Vai" ("Go"). His album Cantautore was the best seller at the time, although it was not listed in the official Hit Parade. He performed in Australia, Germany, Switzerland, United States, and France—where he debuted 15 December 1987 at the Olympia in Paris. In 1990, following the deaths of both his parents, he released the album "Tiempo" (Neapolitan for "Time"), which was championed by Italian music critic Goffredo Fofi. In 1997 he wrote his first musical, Core pazzo ("Mad Heart"), and co-hosted the Dopofestival show that aired immediately after each night of the Sanremo Music Festival with Piero Chiambretti. He also won the David Di Donatello Award for Best Music for his soundtrack to the film To Die for Tano. In 2000, he also starred, directed, wrote and performed the music for Aitanic, a Titanic parody and starring fellow Italian actors Sabina Began and Giacomo Rizzo.The following year he competed in the Sanremo Festival, singing "Senza giacca e cravatta" ("Without Suit and Tie") and reaching 8th place. He also took part in Sanremo in 2002 and 2003 with the songs "Mari'" and "'A Storia 'E Nisciuno" (Neapolitan for "Nobody's Story"). In 2003 he sang in Brașov, Romania, and appeared in the film Incantato directed by Pupi Avati, which he won a Flaiano Prize for Best Supporting Actor. He was popular with teenagers in the 1970s and into the 1980s, charting Billboard several times. In 2008, he also starred in a film directed and written by his son, Toni.In 2013, he was one of the protesters after the mafia dumped toxic waste across the country including Naples. 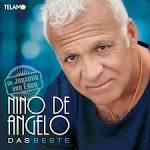 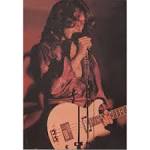 Share your thoughts on the Nino D'Angelo Band with the community:

Know any other songs by Nino D'Angelo? Don't keep it to yourself!