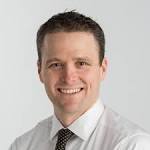 Nicholas, Nickolas, Nikolas, Nikolaus or Nicolas is a male given name, derived from the Greek name Νικόλαος (Nikolaos), a compound of νίκη nikē 'victory' and λαός; laos 'people'. The name became popular through Saint Nicholas, Bishop of Myra in Lycia, the inspiration for Santa Claus. The Greek word laos originates from the word root -las, as found in the word λα-τομεῑο la-tomeio meaning "stone" or "rock" (as in Greek Mythology, Deucalion and Pyrrha recreated the people after they had vanished in a catastrophic deluge, by throwing stones behind their shoulders while they kept marching on) and the name can be understood to mean victory of the people. The name Nikolaos (Νικόλαος) pre-existed the Bishop of Myra who became Saint Nicholas, by several centuries. The Athenian historian Thucydides mentions that in the second year of the Peloponnesian war (431 to 404 BC) between Sparta and Athens, the Spartans sent a delegation to the Persian king to ask for his help to fight the Athenians; Nikolaos was one of the delegates. The customary English version of spelling "Nicholas", using an "h", first came into use in the 12th century and has been firmly established since the Reformation, though "Nicolas" is occasionally used. In the United States, Nicholas – and its variations – was the 17th most popular male name given to babies in 2006. Roughly 0.7151% of the baby boys born that year, or 15,414, were given that name. It is decreasing in popularity, from a high in 1997, when 27,248 males in the United States were given the name Nicholas. That year was the most popular year for Nicholas since 1880, when U.S. records were kept for given names.The Eastern Orthodox Church, the Roman Catholic Church, and the Anglican Churches celebrate Saint Nicholas every year on December 6, which is the name day for "Nicholas". In Greece, the name and its derivatives are especially popular in maritime regions, as St. Nicholas is considered the protector saint of seafarers.

Share your thoughts on the Nicholas Band with the community:

Know any other songs by Nicholas? Don't keep it to yourself!