Laouni Mouhid, commonly known by his alias La Fouine (French pronunciation: ​[la'fwin] ; English: The Weasel) or Fouiny Baby (born December 25, 1981 in Trappes, Yvelines), is a French rapper of Moroccan origins from the city of Trappes, Yvelines in the Paris western suburbs. He is an established figure in French rap. La Fouine signed with Sony Records in 2003 and released his debut album, Bourré au son, in 2005. La Fouine released his second album, Aller-Retour, on March 12, 2007. The American beatmaker Focus produced four songs on the album. His most recent album, Mes Repères, was released on February 23, 2009 and is two times gold record in France. His new album, a double CD intitled "La Fouine Vs Laouni," released on February 14 for Valentine's Day, was inspired by the two sides of himself, through his career and experience of his daily life. The first one, La Fouine, a character he created to "entertain people, La Fouine is very cunning, materialistic, bad boy and so vulgar ... it's not really me" said the artist. The second one Laouni (his real name) talks about things he lived in his youth, so his rap is sincere and moving. The week of album's release, more than 25 621 copies were sold in France, a feat for a hip hop artist. He has also his own label "Banlieue Sale Music" and his own clothing line called "Street Swagg". 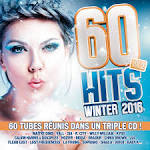 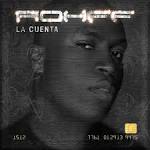 Share your thoughts on the La Fouine Band with the community:

Know any other songs by La Fouine? Don't keep it to yourself!