King Gizzard & the Lizard Wizard is an Australian rock band formed in 2010 in Melbourne, Victoria. The band consists of Stu Mackenzie (vocals, guitar, bass, keyboards, flute), Ambrose Kenny-Smith (vocals, harmonica, keyboards), Cook Craig (guitar, bass, vocals), Joey Walker (guitar, bass, keyboards, vocals), Lucas Skinner (bass, keyboards), Michael Cavanagh (drums, percussion), and Eric Moore (drums, percussion, management). They are known for their energetic live shows and prolific recording output, having released two EPs and 15 studio albums since their formation. Their debut EP, Willoughby's Beach (2011), and first two albums, 12 Bar Bruise (2012) and Eyes Like the Sky (2013), primarily blended surf music and garage rock, and were released on the band's independent record label, Flightless, founded by Moore in 2012. Their third to eighth albums—Float Along – Fill Your Lungs (2013), Oddments, I'm in Your Mind Fuzz (2014), Quarters!, Paper Mâché Dream Balloon (2015) and Nonagon Infinity (2016)—expanded their sound, including elements of film music, psychedelic rock, progressive rock, folk, jazz, soul and heavy metal.In 2017, the band fulfilled a promise to release five studio albums within the year: Flying Microtonal Banana in February; Murder of the Universe in June; Sketches of Brunswick East, a collaboration with Mild High Club, in August; Polygondwanaland, which was released into the public domain, in November; and Gumboot Soup in December. The band released two more albums in 2019, Fishing for Fishies and Infest the Rats' Nest. In 2020, the band released three live albums, Live in Adelaide '19, Live in Paris '19, and Live in Brussels '19, pledging to donate all proceeds of the three album's sales towards relief of the 2019-20 Australian bushfires. 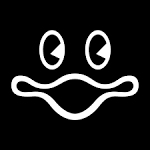 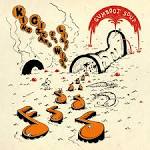 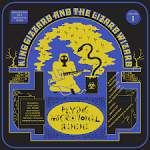 Share your thoughts on the King Gizzard & the Lizard Wizard Band with the community:

Know any other songs by King Gizzard & the Lizard Wizard? Don't keep it to yourself!