James Jonah Cummings (born November 3, 1952) is an American voice actor and singer, who has appeared in almost 400 roles. He is known for voicing the title character from Darkwing Duck, Dr. Robotnik from Sonic the Hedgehog, Pete, Winnie the Pooh, Tigger, Bonkers D. Bobcat and the Tasmanian Devil. He has performed in numerous Disney and DreamWorks animations including Aladdin, The Lion King, Balto, Antz, The Road to El Dorado, Shrek, and The Princess and the Frog. He has also provided voice-over work for video games, such as Icewind Dale, Fallout, The Elder Scrolls V: Skyrim, Baldur's Gate, Mass Effect 2, Star Wars: The Old Republic, World of Warcraft: Mists of Pandaria, World of Warcraft: Legion, and Splatterhouse other voice characters voiced as Biker Mice from Mars, Iron Man, Spider-Man: The Animated Series, Teenage Mutant Ninja Turtles, The Incredible Hulk, Batman: The Animated Series and Fantastic Four. He has been the voice of Pooh since 1988.

The Princess and the Frog [Original Songs and Score] [2009]

Anastasia [Music from the Motion Picture] [1997]

Bugs and Friends Sing the Beatles [1995] 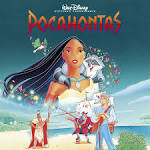 Share your thoughts on the Jim Cummings Band with the community:

Know any other songs by Jim Cummings? Don't keep it to yourself!

Who wrote the most songs in the band Supertramp?