Martha Ivelisse Pesante (born March 4, 1972), known mononymously as Ivy Queen is a Puerto Rican singer, songwriter, record producer, and actress. At an early age, Queen was fascinated with the underground world of latin hip hop. She was born in Añasco, Puerto Rico, but later moved with her parents to New York, New York where she would finish her public education. Though, shortly while she was a teenager, they moved back to her hometown of Añasco. When she was 18 years old, Queen moved to San Juan, Puerto Rico where she met record producer, DJ Negro, who helped her gain performing spots at a local restaurant/club called The Noise. There she would perform her first song "Somos Raperos Pero No Delincuentes". The Noise gained much attention due to their violent and explicitly sexual lyrics, and sold more than 500,000 copies. Wanting to get away from the controversy, DJ Negro helped Queen go solo in 1996, she released her debut studio album En Mi Imperio which was quickly picked up by Sony International Records for distribution in 1997. She would go on to release another studio album for the Sony label The Original Rude Girl which spawned the hit single "In The Zone" which features Wyclef Jean. However, Ivy Queen would not rise to fame until her third studio album, Diva was released in 2003. This album would be certified gold by the United States RIAA. It spawned the hit singles "Quiero Bailar", "Quiero Saber", "Papi Te Quiero", "Tuya Soy", "Guillaera", and "Tu No Puedes". A year later, in 2004, Queen's fourth studio album would be released. Her fifth solo album Flashback (2005) spawned the singles "Cuéntale", "Libertad", and "Te He Querido, Te He Llorado". All three would chart in the top ten of Billboard Hot Latin Songs chart. Queen's sixth studio album released in 2007, Sentimiento spawned the top ten single "Que Lloren" and two other singles "En Que Fallamos" and "Sentimientos". Her seventh studio album Drama Queen was released in 2010, and spawned two top ten singles "La Vida Es Así" and "Dime" as well as "Amor Puro". In 2012, Queen's eighth studio album, Musa would be released featuring "Peligro de Extinción" which would be a minor success on the Billboard Hot Latin Songs chart. 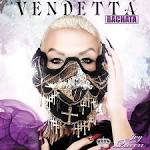 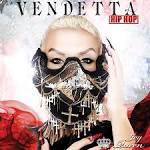 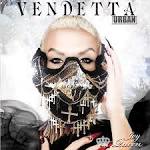 There's Something About Remy: Based on a True Story [2006] 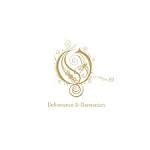 Share your thoughts on the Ivy Queen Band with the community:

Know any other songs by Ivy Queen? Don't keep it to yourself!